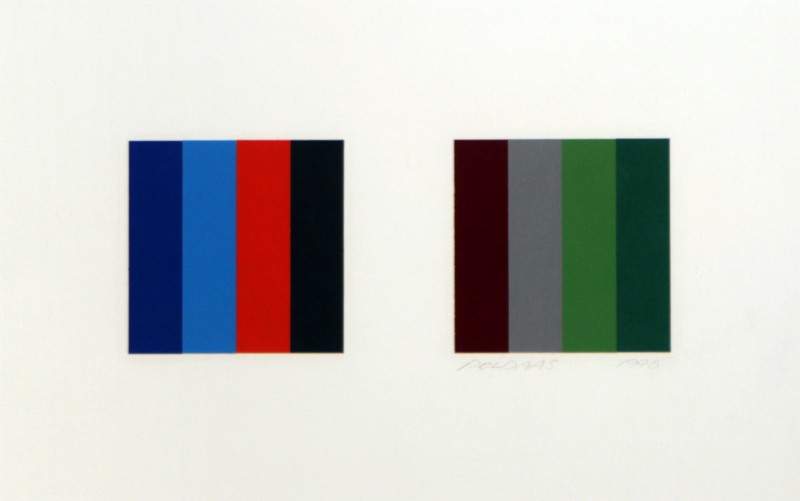 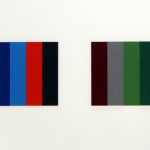 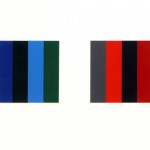 Toronto based Poldaas has been a noted fixture on the Toronto painting scene since the 1970’s. His work has been collected and exhibited widely in public and private collections in Canada and abroad including the Art Gallery of Ontario and the National Gallery of Canada.

“These shows end this weekend but they have been highlights of the Toronto winter season… In Birch Libralato’s other gallery, noted Toronto abstract painter Jaan Poldaas makes a return with his first solo show in more than a decade. Poldaas’ sly and energetic paintings are compact in size but carry head-spinning punch in their shifting, shallow colour planes. It’s a welcome return to be sure.”

Poldaas creates a program of self-imposed rules for each body of work. In his book  Abstract Art in Canada, Roald Nasgaard includes a section on Poldaas, in which he states,

“Colour for Poldaas was ‘a separate attribute’ to focus on, much in the same way that Richard Long was concerned with length, Carl Andre with area, Richard Serra with weight… [The subject matter of the Twelve Colour Pair series, 1997, is] a kind of game of reward and punishment. It begins with the artist deciding on three shades each of four colours: red, green, blue and grey. The project is to make painting pairs in which each panel will be made up of four parallel bands of colour selected from the twelve options…In selecting and arranging the four colours of his first panel, he allowed himself to indulge his own tastes. [but] the strictest of rules are set in place to determine how the second panel would be composed to ensure that it was a kind of opposite… A constant struggle of will and law.”