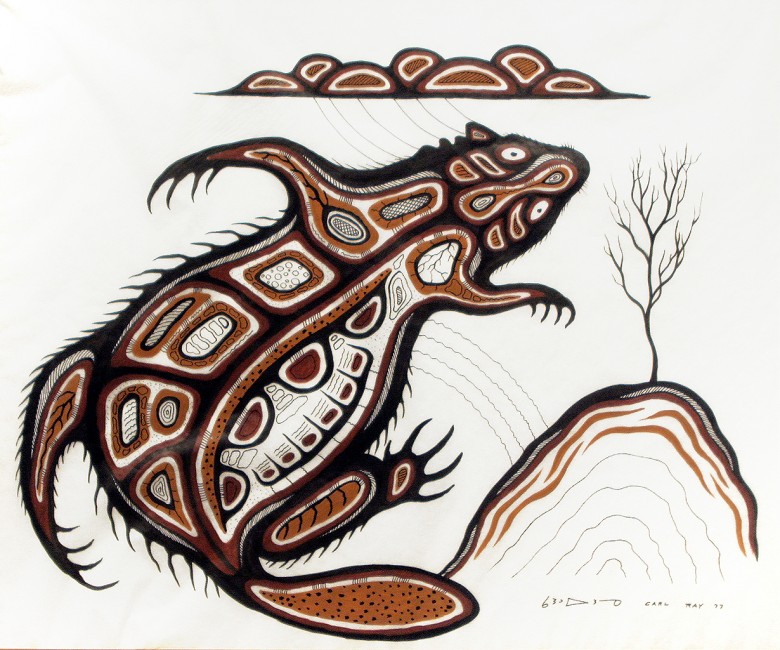 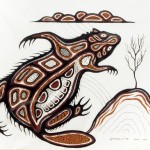 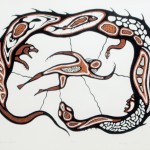 Cree artist, Carl Ray, was one of the early progenitors of the Woodland School style. Ray’s work among several others was influential in the resurgence and revitalization of the indigenous culture in central Canada in the late 1960s through the 1970s. A self-taught artist, he was introduced to the style while working with Norval Morrisseau on the important mural commission for the Indians of Canada Pavilion at Expo ’67 in Montreal.

Ray was a member of the “Professional Native Indian Artists Association” (PNIAI)”, funded by the Department of Indian Affairs, formed in November 1973, in which Daphne Odjig was the driving force. She invited Alex Janvier, Jackson Beardy, Eddy Cobiness, Norval Morrisseau, Carl Ray and Joseph Sanchez to discuss their mutual concerns about art. The group was referred to informally as “The Indian Group of Seven”.

Aggregation Gallery represented Ray’s work from 1972 until his untimely death in 1978, and following that his estate until 1982.

Ray’s work was included in the recent major exhibition at the Art Gallery of Ontario, Before and after the Horizon: Anishinaabe Artists of the Great Lakes.